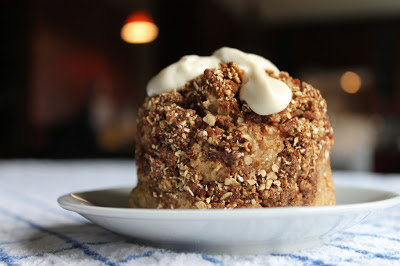 
This oatmeal has all the decadence of cinnamon buns, but with less than 2 grams of added sugar per super filling serving!
Seriously, is there a better smell to wake up to?

To make this, I used the naturally sweet goodness of dates and korintje cinnamon.

Topping:
2 Tbsp of cream cheese
1 tsp of butter
1/2 tsp of vanilla
5 drops of SweetLeaf or NuNaturals Liquid Stevia
1/2 tsp of icing sugar (optional - SFT and I find that a tiny bit of icing sugar gives the icing a more authentic taste)
2 tsp of half & half cream, or milk 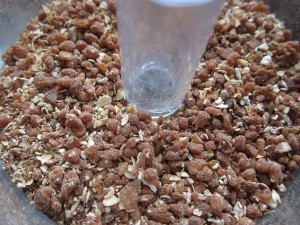 2. Set aside cream cheese and butter for topping to soften.

4. In a food processor combine dates, 1/3 cup of oats, butter, and cinnamon. Pulse until dates mixture is fine, but not forming into dough. Set aside.

5. In a bowl combine the oatmeal ingredients. Mix well. 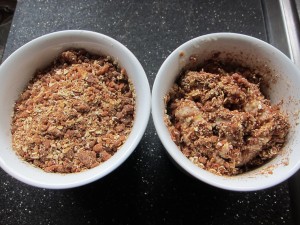 8. Bake for 20 mins. (based on convection toaster oven)

10. Using a small whisk, whip the topping ingredients together until light and fluffy. Add to the cinnamon bun oatmeal. 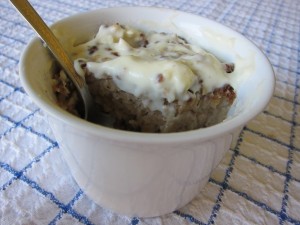 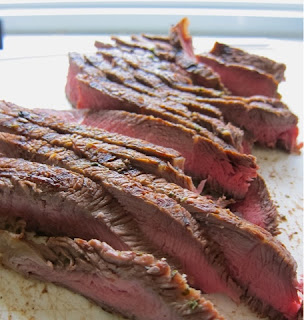